How a Level of Beast Squad Works

Since I've only given a vague description on how the gameplay of Beast Squad works, I guess now would be as good time as any to do so. I'll use the first level of the game as an example to keep things simple.

Each level in the game is divided into two parts, which I will call the "setup" phase and the "action" phase. The first part is like a puzzle, where you plan out how you will complete the level, and the second requires quick reflexes in order to execute your plan and correct any mistakes. Let's look at a zoomed out view of Level 1-1: 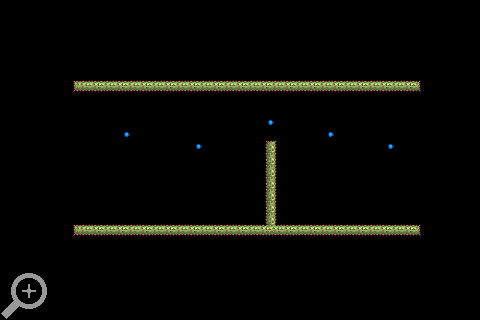 The goal is to get your flying squirrel (yet to be named) from the left side of the stage to the right without colliding with any of the obstacles. In this case, you can see that the only thing standing in our way is the branch of thorns in the middle.

Since flying squirrels don't technically fly, when you start the action phase, it will quickly glide forward, but not fast enough to get through the gap before gravity pulls it too far down. Thus in setup mode, we need to place a floating trampoline (rocket-propelled if you must know) before we hit the thorns.

It is very common that the positions of the berries give hints as to where to place trampolines to get through a level. Here, we can just place a trampoline right below the second berry. 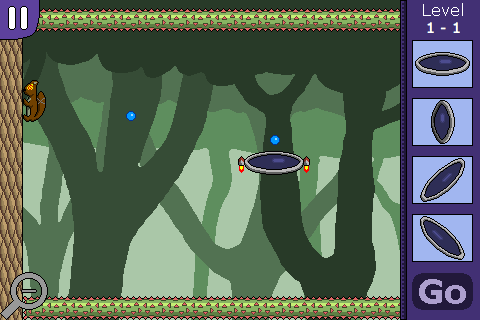 That should be enough setting up to get us through the stage (this is the first level after all), so we can hit the "Go" button to begin the action phase. The squirrel will let go of the tree and glide, following the path of the berries, bounce off the trampoline, soar over the thorns, and make it to the tree on the right side. 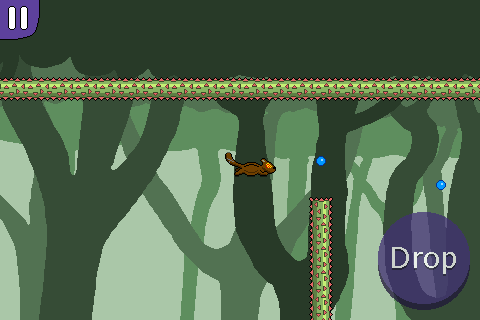 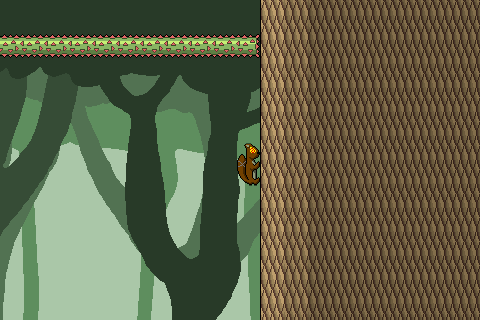 During the action phase, you will have a single button available for you to access your beast's special ability. The squirrel's ability is to curl up into a ball in order to drop at a faster rate. This does not give you much more control over him, so it won't make up for a poor setup phase, but it just might get you out of a close call. Regardless, the only penalty for death is quickly starting over at the beginning of the level. All of your trampolines will still be intact for you to make slight adjustments and try again. 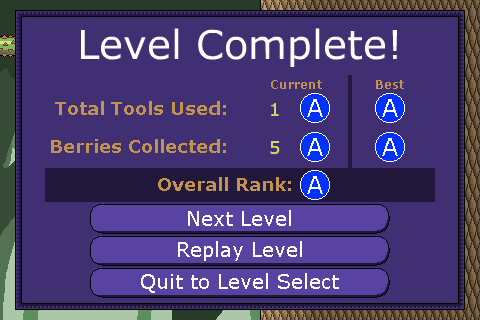 Since we used the minimum number of trampolines possible and collected every berry in the level, we even earned an A-rank. Throughout the game, you will be able to collect well over 1000 berries (1471 at my last count) as well as attempt to get an A-rank on each of the levels (60 levels in the initial release), as well as unlock a bunch of achievements for particularly skilled play.
Hopefully this made some sense, though I think a video would better convey the gameplay. Once I figure out how I'm going to do that, I'll post it for all to see. In the meantime, I need to get back to the programming and get this thing done.
Posted by Max at 1:13 PM